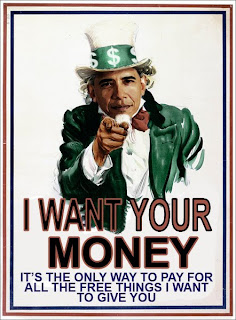 Yep I'm going political on the blog again, so you've been warned. I'll be back to regularly scheduled posting very soon.
OK, so over the last week I've been trying to contact my elected representative in the US House, but Congressman Doggett's office refuses to answer phone calls or even acknowledge receipt of emails. Good times. I mean, can't they dig up some intern to catch phone calls? C'mon peoples! The Senate at least has a bounce email message that goes something like:
"We got your email - don't expect any further reply. Hugs and kisses, your Senator's lowliest staffer."
The congressional public relations non-response makes the above feel all warm and cuddly. Anyhow, I realize the deluge of calls and emails they are receiving right now is probably enormous, but hey - that's part of the job.
Why am I pissed about being totally ignored by my representative (as opposed to only mildly ignored)? Well, what follows covers a small amount of what's included in the health care bill that the House of Representatives is about to vote on in the next few hours...
This excerpt is from coverage by the Economist:
...the sums are questionable. The CBO (Congressional Budget Office) process has been so thoroughly gamed that the true figures could be quite different. The Republicans claim that it will cost far more and totally reject the idea that it will cut the deficit by such a sum over the second decade…
The CBO is required to score what Congress says it will do, not what it is likely will actually be done. Republicans have accused the Democrats of ignoring some spending and promising spending cuts that may never come. Revenues from an excise tax on “Cadillac” health plans may never materialise. And spending has been back loaded to disguise its scale.
The following portion is from ABC news:
The new tax on investment income is higher than the 2.9 percent tax proposed by Obama. House Democratic leaders increased it so they could reduce the impact of a new tax on high-cost health insurance plans strongly opposed by labor unions…

Taxing the rich to pay for health insurance would represent a significant departure from the way Americans have financed safety net programs in the past…
Both Social Security and Medicare are supported by broad-based payroll taxes. Although the rich pay more — they have bigger incomes — the burden is shared by the middle class and even the working poor…
Medicare payroll taxes traditionally have been low and predictable: a 1.45 percent tax on wages, paid by both employers and workers. The money is taken out of workers' pay before they see it. There are no forms to file, no deductions to claim.
And lastly this from the Wall Street Journal:
Since 1962, the share of the economy devoted to health care has risen to about 17% from 6%. Today, health entitlements account for about 5% of GDP but on current trend will rise to 7% in 2025 and about 15% in 2062.
That is the problem President Obama inherited, as it were. Yet rather than fundamentally changing these incentives, he chose instead to create a new middle-class insurance entitlement that will transform the way U.S. health care is financed, and thus delivered. Such a "universal" system has been the core liberal aspiration since the age of Bismarck. But time and again this political ambition has been thwarted by American individualism, distrust of government power, the checks and balances of the political system, and, every so often, good judgment in Washington.
Once the health-care markets are put through Mr. Obama's de facto nationalization, costs will further explode. The Congressional Budget Office estimates ObamaCare will cost taxpayers $200 billion per year when fully implemented and grow annually at 8%, even under low-ball assumptions. Soon the public will reach its taxing limit, and then something will have to give on the care side. In short, medicine will be rationed by politics, no doubt with the same subtlety and wisdom as Congress's final madcap dash toward 216 votes.
As in the Western European and Canadian welfare states, doctors, hospitals and insurance companies will over time become public utilities. Government will set the cost-minded priorities and determine what kinds of treatment options patients are allowed to receive. Medicare's price controls will be exported to the remnants of the private sector.
All bureaucratized systems also restrict access to specialists and surgeries, leading to shortages and delays of months or years. This will be especially the case for the elderly and grievously ill, and for innovation in procedures, technologies and pharmaceuticals.
Eventually, quality and choice—the best attributes of American medicine in spite of its dysfunctions—will severely decline.
Democrats deny this reality, but government rationing will become inevitable given that overall federal spending is already at 25% of GDP and heading north, and Medicare's unfunded liabilities are roughly two and a half times larger than the entire U.S. economy in 2008. The ObamaCare bill already contains one of the largest tax increases outside the Great Depression or the world wars, including a major new tax on investment income—and no one seriously believes it will be enough.
Come to think of it - faced with the situation outlined above and voting "for" this healthcare bill - I can almost understand why my congressman won't take my calls. Now that I'm all pissed off again I'm going for a run. Peace.
Posted by Aaron at 6:38 PM