that others may live

On June 10th, the Department of Defense officially released the names of 4 Americans killed in Afghanistan while in the service of our country.

Their pavehawk helicopter went down in Helmand province while supporting British troops. The men were assigned to units whose mission is combat search and rescue.

From the Arizona Daily Star: 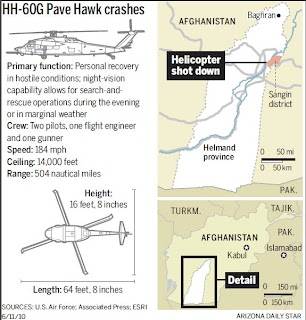 They lived by the motto,

"These things we do, that others may live."